Last month, Tanner Tees announced its corporate sponsorship with L.E.A.D.(Launch, Expose, Advise, Direct), a non-profit organization based in Atlanta, GA. This month, Tanner unveils a video that was produced in cooperation with L.E.A.D. and co-founder/CEO C.J. Stewart.

Stewart and other representatives from L.E.A.D. spent several days in the Sarasota area filming the video. "We all had a lot of fun working on the video and getting to know the people from Tanner Tees," said Stewart, a former Chicago Cubs player. "Everyone was so welcoming. Filmmaking is hard work, but seeing the finished video was worth it. It turned out great."

"This is the first of its kind corporate partnership for our company. Our entire team is proud to work with an organization like L.E.A.D., which uses baseball as a platform to effect change in its community.” said Andy Menard, co-owner of Tanner Tees. "Connecting with C.J. above and beyond just batting teetalk is an experience I value highly. His commitment to mentoring young men and challenging them to become the best they can be hit close to home from my years in the US Army. A huge part of being a seasoned soldier is mentoring the new guys, and that’s a connection Tanner Tee customers understand as they are coaches and mentors themselves.”

The video stars Devon a rising high school senior and one of L.E.A.D.'s ambassadors who flew down with Stewart for the production. The video shows Devon working out, practicing baseball drills and hitting off of a Tanner Tee. It was a new experience for Devon - one in which he excelled in. "The filming took place in the heat of the Florida summer over two eight hour days," remarked Stewart. "Yet Devon loved every minute of the process. He worked as hard as anyone and never complained once."

The video is a testament that practicing and working hard pays off in the long run. Of course, having the right tools, like the Tanner Tee, is vital to a baseball player’s success. Tanner Tee is the industry standard batting tee and is used by every professional baseball team as well as countless hitting coaches, training facilities and organizations spanning from tee ball to college, in both baseball and softball leagues.

The video was recently announced during the 2nd annual Safe at Home baseball game held in Atlanta and is being shown on various social media channels as well as the Tanner Tees and L.E.A.D. websites.

"The video exceeded everyone's expectations, and it’s met the objectives of both organizations" said Menard. "We believe it captures the essence of what L.E.A.D. and Tanner Tees stand for."

We hope you enjoy and thanks for watching! 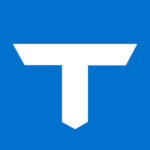 Andy joined the company in 2012 after seven years in the military as a member of US Army Special Forces. As a Green Beret, he worked in small teams of highly trained combat soldiers and brings a special operations mindset to business and leadership. He has a degree in exercise physiology from Stetson University and was a collegiate athlete. At Tanner Tees, his focus is on brand building, ecommerce operations, and customer experience. Andy enjoys fitness, all things sports and doing yardwork at home.

Our site uses cookies and other tracking technologies to assist with navigation and your ability to provide feedback, analyze your use of our products and services, assist with our promotional and marketing efforts.
Privacy PolicyAccept & Close